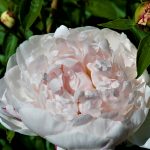 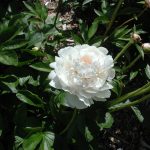 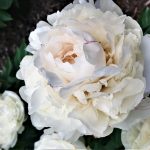 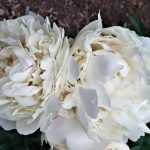 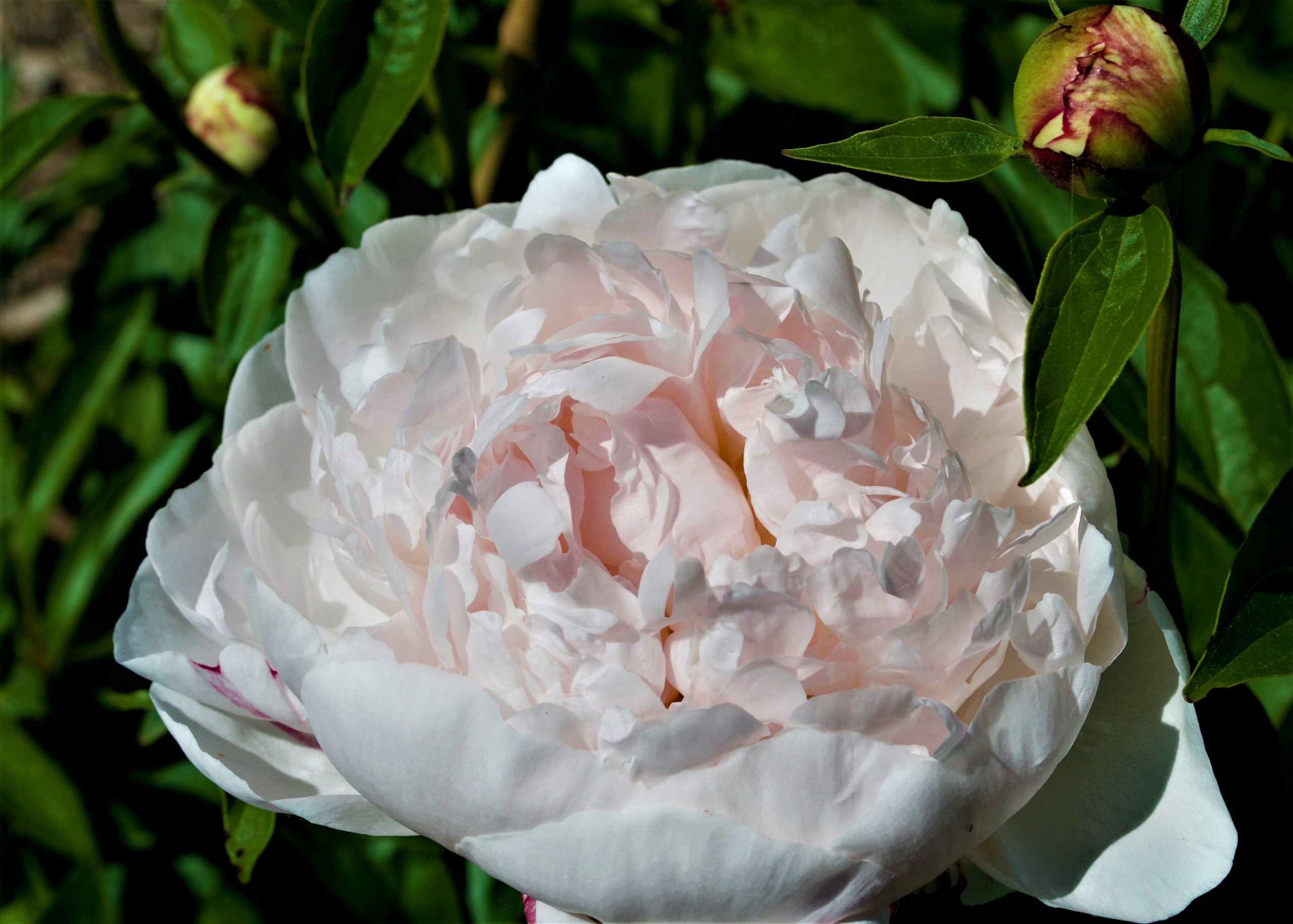 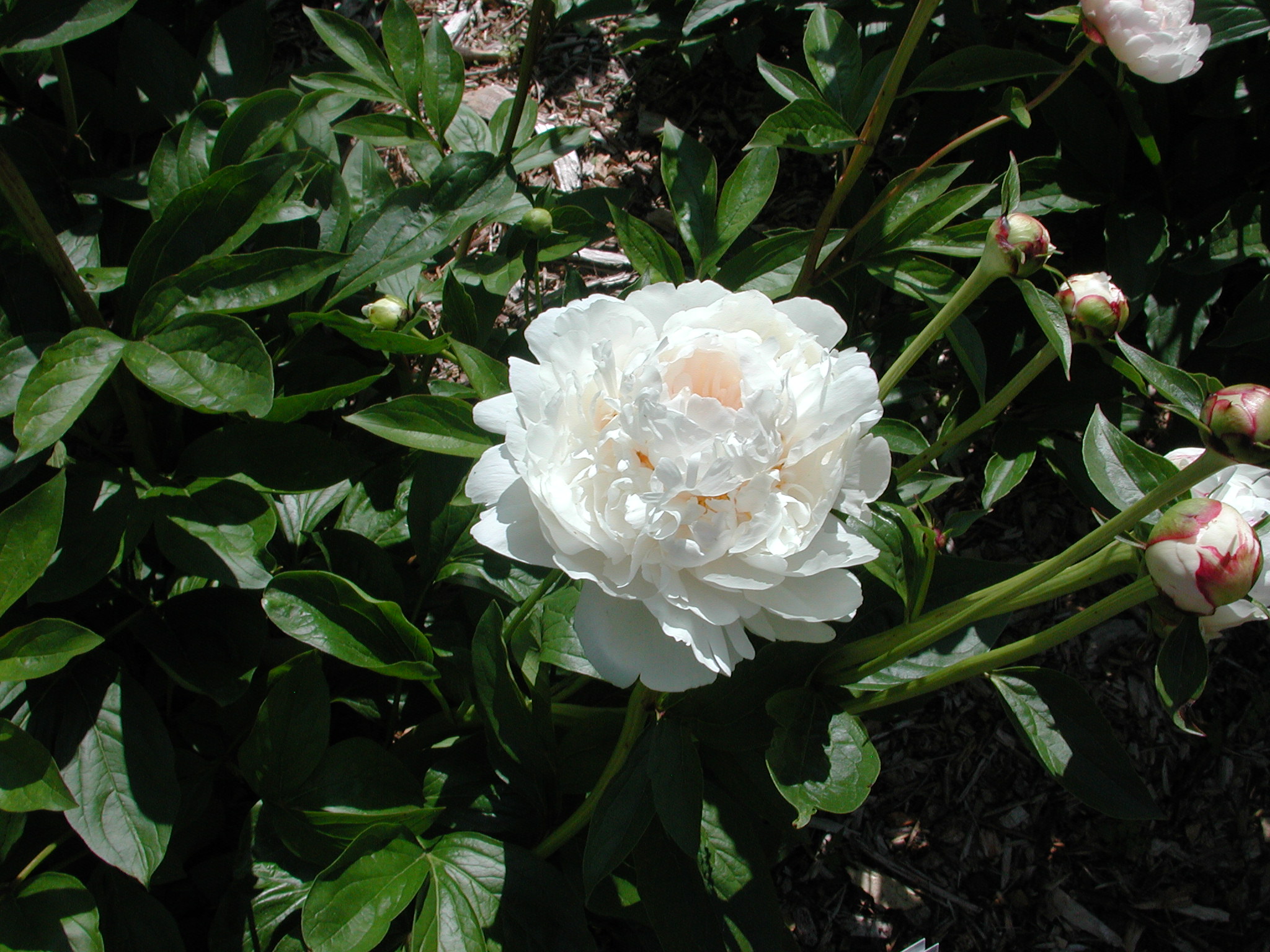 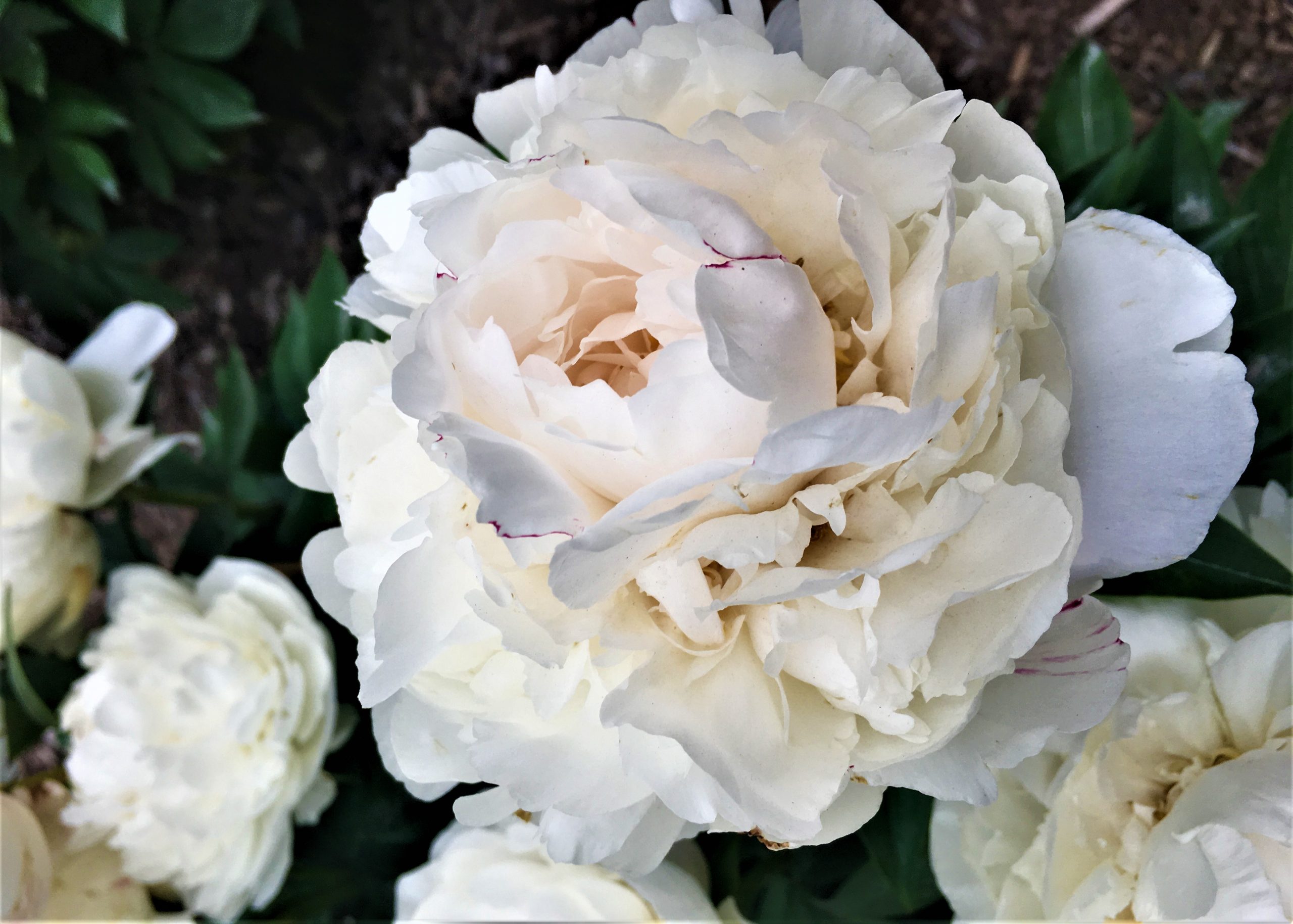 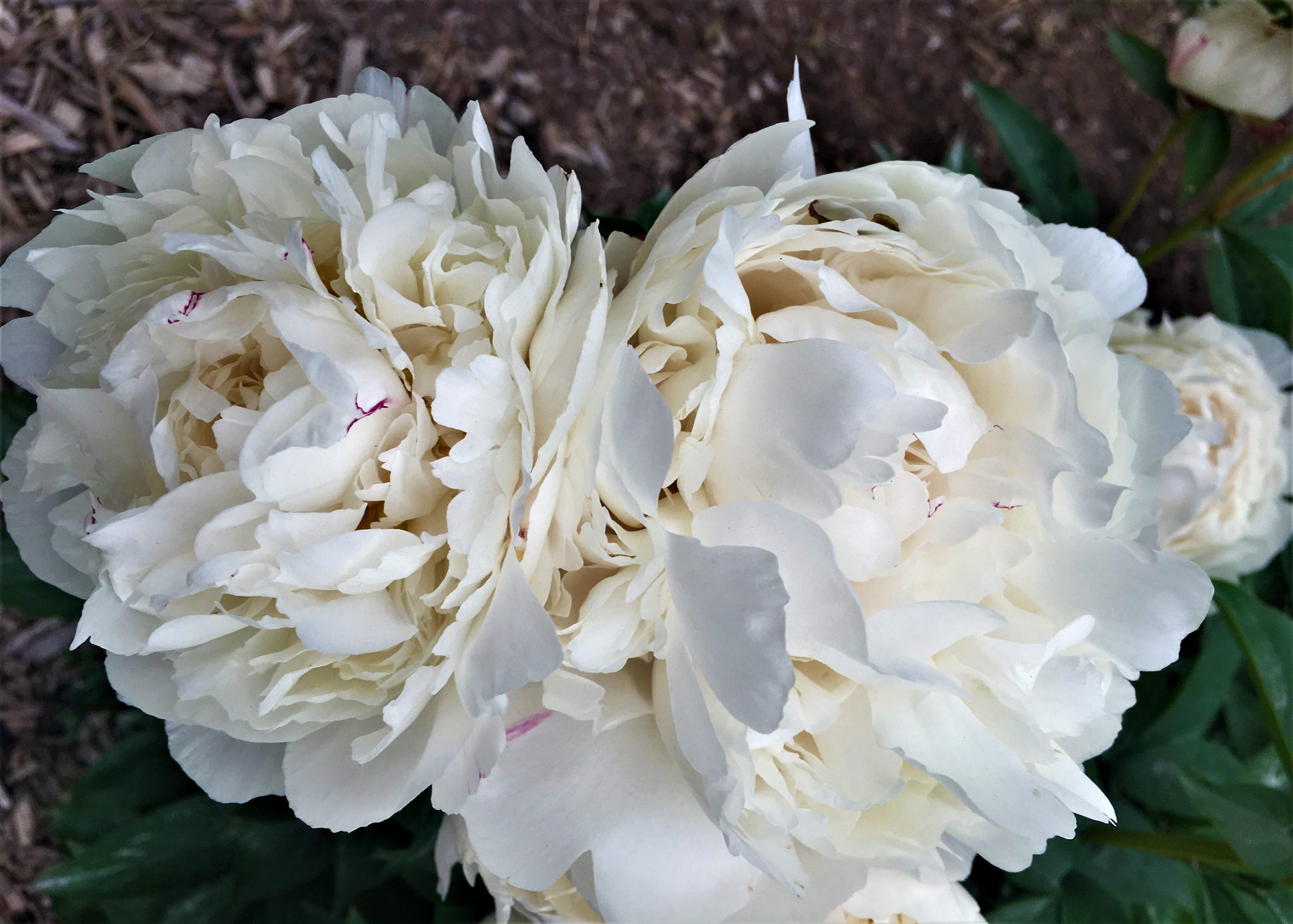 1928-B-d:110 Double type; large; midseason. Cream-white, tinted pink, darkest in center, with a yellow glow from a few buried stamens; rather poor fragrance. Tall; free-flowering; stout stems. Good foliage. Rather flat when fully open and most attractive. Generally considered an unreliable bloomer, although established, healthy plants are very satisfactory. “In common with many Lemoine peonies, much of the stock of this variety distributed in this country was infested with root-galls (nematodes), and, consequently flowered poorly. Stock which has outgrown this pest is strong and floriferous, bearing immense flowers of fine color and form. I believe many votes in the symposium were made from observation of diseased stock, resulting in the too low rating.”—Fewkes.

1935-B060:10 8.60. Lacti. Double. Late midseason. Blush. Though this is supposed to be a list of the new peonies, a place is being given to this peony because it has only begun to come into its proper place in high society in very recent years. For nearly thirty years of its life this peony has labored under the very severe handicap of seriously diseased stock. It was freely said that there was no stock of it in existence that was healthy and as a consequence it was a bad performer and got a bad name from which it has never fully recovered. The growers who recognized its sterling worth persisted in growing it until now there is a great deal of perfectly healthy stock to be had at a very moderate price. It is a medium tall peony with excellent stems, of such excellent substance that it is fast becoming known as the finest cut flower variety grown. Its color is a deep creamy white with exquisite pink shadings, full double and a sure opener. If it were listed for rating now it is safe to say that it would deserve a 9.5 at the lowest. A truly glorious flower in every way.

1962-W:079 Double. Well-built blooms, soft pink and pale yellow, shapely but without great survival value. The bush is strong, however, and generous. Disease has ruined many a good harvest; nevertheless, it should be given a fair try.