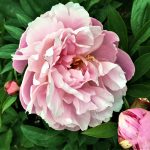 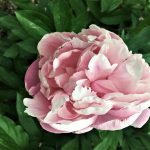 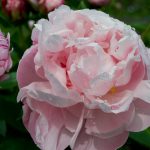 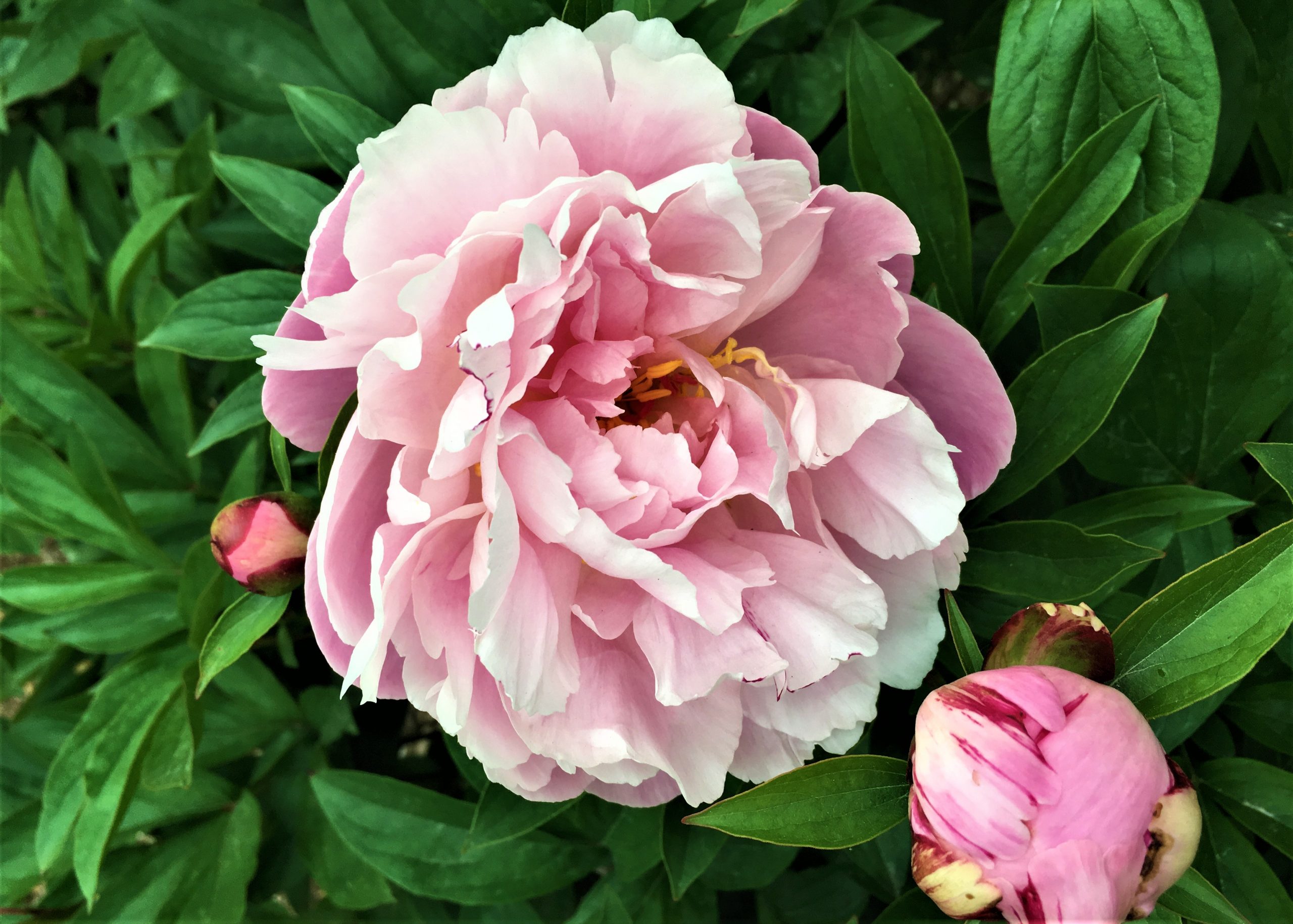 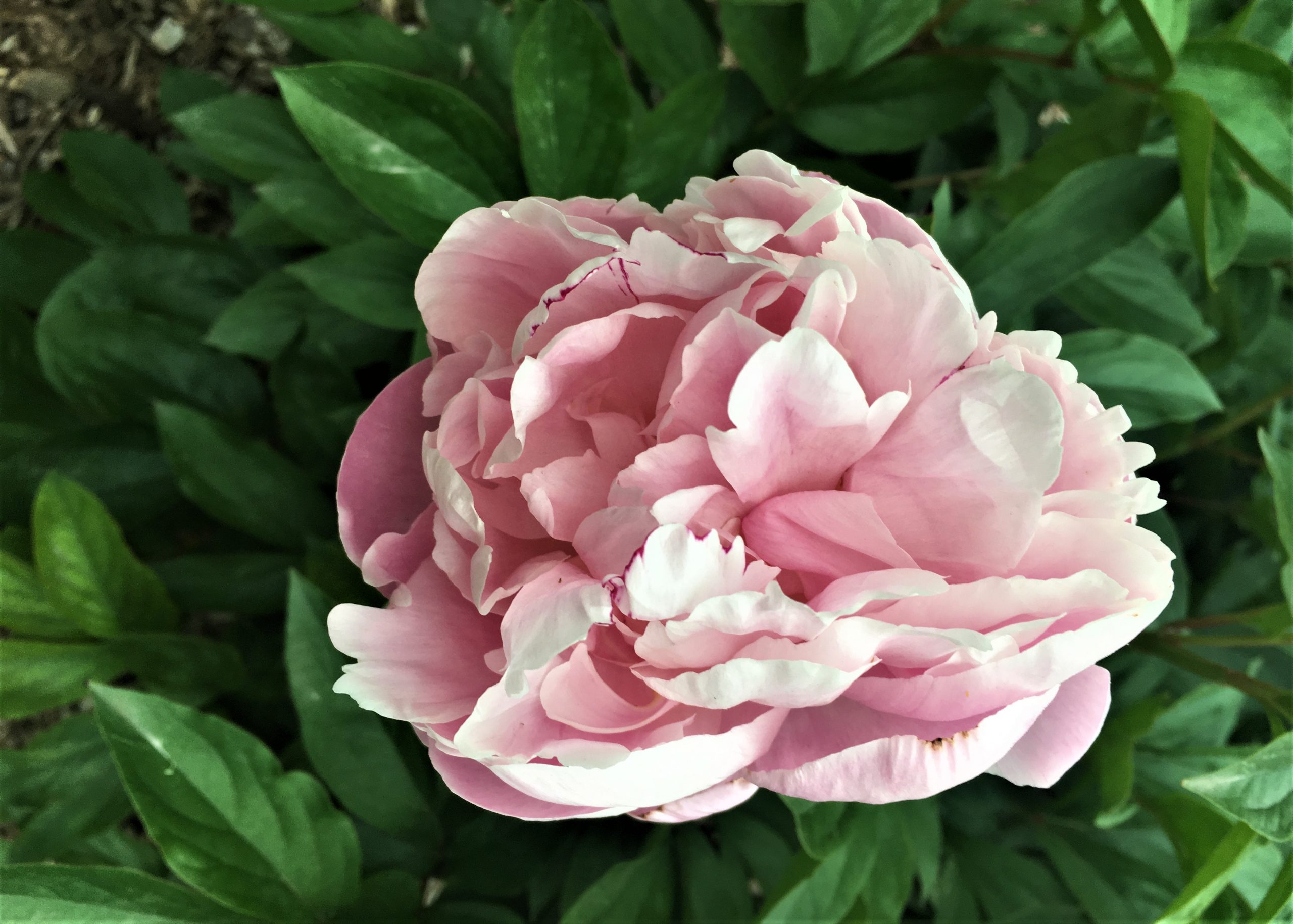 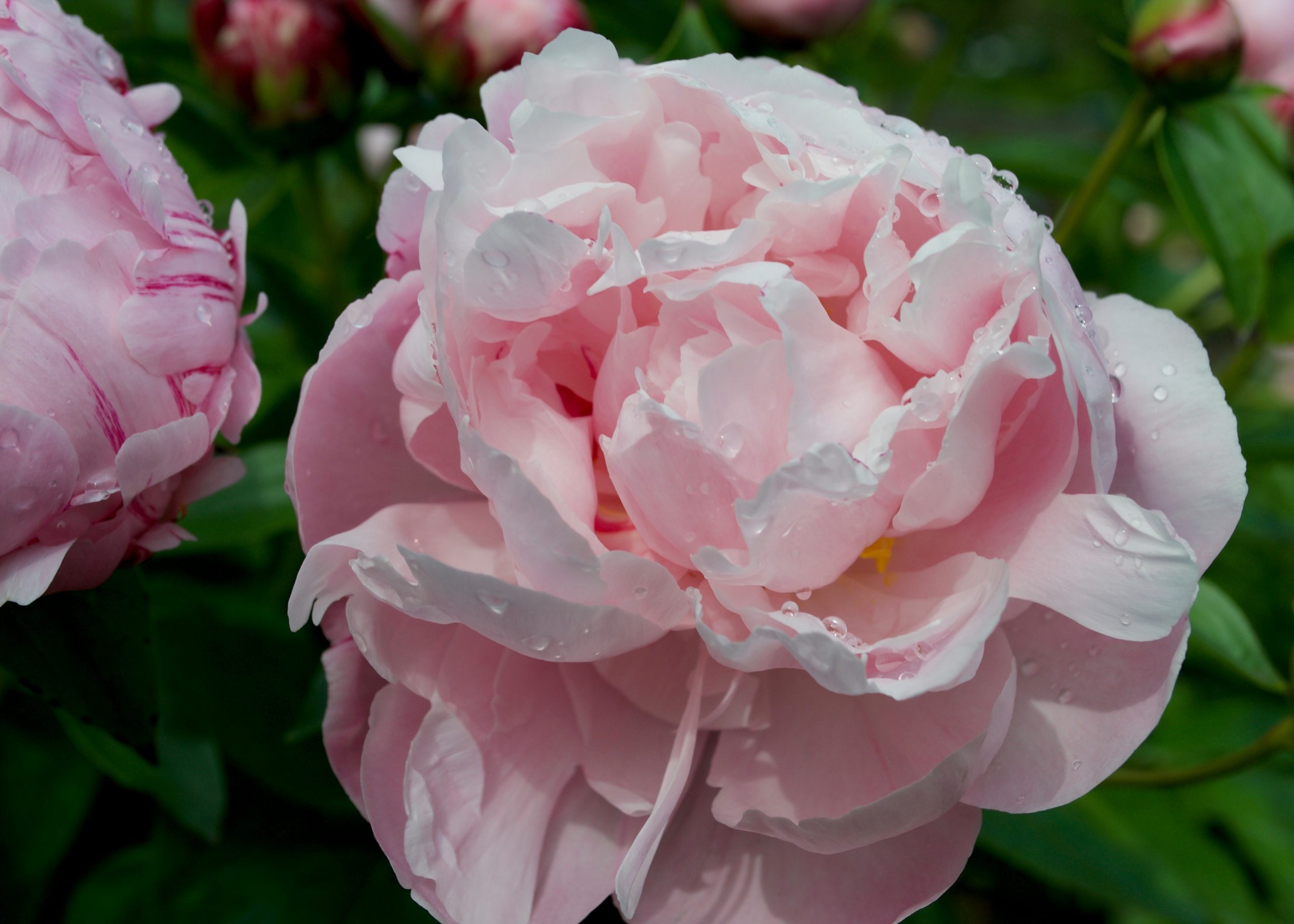 1923-018:28 Rg Form: Semi-rose, with stamens in center. Size: Large. Color: Total effect, deep rosy pink. Guards, deep rosy pink with deep carmine streaks. Collar next guards, same color as guards. Extreme center, some petals with crimson tips and central line of crimson reaching nearly to the base; but these marks not always present. Some stamens around the carpels, the latter greenish white with crimson stigmas. Petals: Guards, long, with well rounded tips, sometimes notched. Collar next guards, made up of rather short and comparatively broad petaloids, hardly distinguishable from the other petals. A few petaloids, in center, next the stamens, about half the length of the outer petals; the latter are long and quite broad, mostly notched at the ends, much crimped and folded inward over the center, giving a lotus-like appearance to the inner part of the flower. Calyx: Dark green with crimson edges. Stem: Strong and upright, with broad foliage. Remarks: The peculiarities of this flower are its long, broad petals, the crimson streaks in the center, about three to each flower, the peculiar crimped appearance and the lotus-like center. Odor is strong but not unpleasant. Analysis 1919 taken from flowers just ready to drop their petals. A remarkably fine flower as shown in 1920. Seedling # 66.

1928-B-d:104 Double type; large; midseason. Dark rose-pink, often streaked with crimson in center and on outside of guards; fragrance not notable. Medium height; fairly floriferous; strong stems. Large foliage. Very attractive, rose-like form but a little loose and fluffy. Not widely distributed and a collective judgment of the behavior of established plants is not available. “Somewhat variable, but established plants are very free-flowering and the flowers are borne well above the foliage, making it conspicuous in the garden.”—Thurlow.

1940-Cat-CHN:53 8.7 Large, rose-pink with one or two crimson streaks in the center of the flower and an occasional marking on back of guard petals. Central petals incurved, give a very graceful effect. Midseason. Plants need to become well established before producing the best flowers. L. D.